Home
»
RESOURCES
»
The importance of long-term engagement with your audience

The importance of long-term engagement with your audience

"I believe that this nation should commit itself to achieving the goal, before this decade is out, of landing a man on the Moon and returning him safely to the Earth."

A bold statement, but the challenge was set and in 1969 they achieved what they set out to do. America put the first man on the moon, with Apollo 11. And it was huge. The world stopped to watch and there were global celebrations.

The intention was to launch 20 Apollos, but it was cut after the sixth manned landing. Not because of a major catastrophe, but because the public - their audience - had lost interest. It no longer affected them and as a result, the budgets were cut.

Despite having a globally recognised brand, with massive PR  and a very unique offer to the world, the Apollo missions ceased to have any impact on people’s lives and failed to continue the engagement. They had achieved their objective of a manned landing, but not achieved their long-term goal of 20 missions.

Being focused on just the short-term is a mistake that many businesses make. Whether you are a startup that has launched with great impact and press coverage, or a startup preparing for that big launch, or even an established brand entering into a new market, you can learn a lot from this sentiment.

Even when you have something truly remarkable, your business will not enjoy long-term customer engagement and growth, unless you have some of these fundamentals in place:

Regardless of the publicity gained from the launch, a long-term communications plan is needed to create continued awareness, engagement and action. Without it, those engaged at the start will soon lose interest and move on. And NASA would’ve have done well to follow the above advice.

It sounds obvious, but so many businesses are focused on the short-term. They want to get their MVP ready and into the market. Understandable, given that the quicker you get to market, the better positioned you are to make a return. However, long-term relationships with customers will ensure you reap long-term success - and that requires a well-thought out strategy.

NASA had a great story - the FIRST man on the moon was the hook. But had they considered their long-term communications objectives, their story could've continued long into the future. We might even be able to remember the second, third, fourth, fifth and so on, men who achieved the incredible undertaking of a moon landing.

In summary, long-term success is not guaranteed. Just because everyone is excited about your launch and you have fantastic publicity, it’s important to think about the long-term vision, growth plan and most importantly the interests of the customer. Like we always say “even the best disruptive technologies, products and marketing campaigns will not fly if they do not target the right audience, in the right way. And most importantly, we believe getting this right is essential for ensuring all investments deliver a long-term return.”

If you would like support in building a communications strategy, Tidal Marketing can help you.

Every so often, you read something that sticks with you, long after you’ve read it.
May 1, 2019
View more

Reflection: The First Year As a Startup

We are now officially one year in to running
Mar 4, 2019
View more

The Difference Between Sales and Marketing

I have had many a debate with my old boss and mentor over the years
Feb 4, 2019 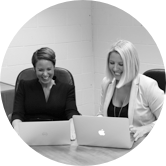 Thank you for contacting Tidal Marketing. You can expect to hear back from us very soon!
Oops! Something went wrong while submitting the form.
We have two offices.
Find out more

Tidal Marketing joined us when we were looking to grow our marketing and build our brand. With an existing, deep knowledge of the property market they were able to quickly add value and did a fantastic job of putting the foundations of our brand and marketing strategies in place.

Inspiration delivered straight to your inbox
Thank you! Your submission has been received!
Oops! Something went wrong while submitting the form.